Book - The universe, a physical explanation

The gravitation could be a local anomaly, like the time in the above example.

On the picture this time:

Gray: Space grid if no materia is present.
Blue: Space grids are deformed by materia.

The picture's my old sketch. In the sketch the following ideas are contained: the space grids penetrate a bit in the Earth's interior, then they are compressed in and over the Earth and somewhere over atmosphere they relax almost completely again, but the space grids remain a little strained over longer distances. 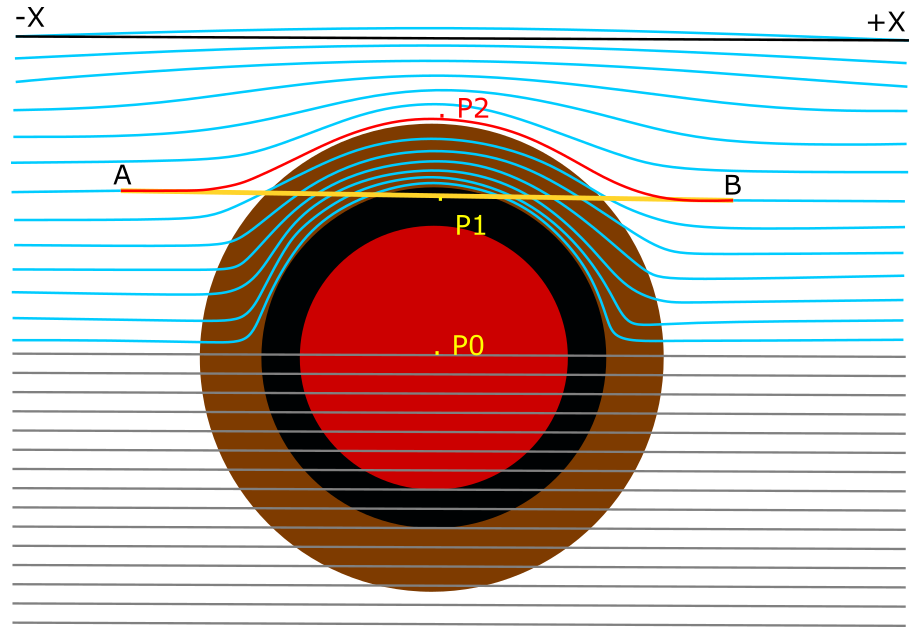 My explanation of gravity, which works analogously with the light and time example from earlier, is a point that the theory of relativity leaves open and certainly does not remain unsolved. I think, a force will act on the materia in P2 until the materia is in P1. That would be a simple solution like slowing down the time.

When a meteorite comes into the now compressed medium-space around the Earth, thus in P2, the meteorite is moved direction P1 because the P2 where the meteorite is now located should actually be in the interior of the Earth, thus P1. Very important, the meteorite is moved with the same speed and this independent of its volume, weight or type of materia, we can clearly see that the materia has nothing to do with gravity. Larger planets should have more gravity because more matter, but the planets attract more or less matter just as strongly. A rock weighing tons or a cork will fall just as fast on earth (in vacuum). The materia seems to have no attraction like gravity! I can't recognize exactly what moves matter into its original space point. It could be the medium-space itself or the medium-space only detects the materia and controls some universe mechanism. It would make sense if the universe had a fixed rule that says: you can't be in two places in the universe at the same time. Where the meteorite is in point P2 is the wrong place, point P1 is also wrong because the meteorite is not there at all. So the meteorite is brought where it should be in space. What moves the meteorite from P2 to P1? The same thing that slows down the time.